MY MOM & EDDIE VAN HALEN MADE ME PLAY JAZZ!

I remember quite vividly the day that I announced to my parents I wanted to be a professional musician. I was 11 years old and I had been playing guitar already for 4 years or so.  At the time, the great Chet Atkins was my inspiration. My first guitar hero.

My parents stood by me and before I knew it, at age 12, I was in the Musicians Union and getting paid to play gigs! Crazy, I know. Right? It was Country music, but I didn’t care. I was playing music, making money, getting feedback from critics in the audience. Many of my first gigs were in retirement homes. Old folks are the best critics. They’re honest, straightforward, and aren’t afraid to tell you exactly what they think.

Often a musician goes through stages in their life having many musical heroes along the way. Several years later it was rocker, Eddie Van Halen, who was my next guitar hero. Man, I was really into his guitar work. That’s when I started to get a little more serious about practicing and playing along to his records (yup, vinyl records). To this day I still feel he was a bonafide virtuoso guitarist. Eddie inspired me with his innovative playing and contagious energy.

It was when I was a Van Halen “connoisseur”, that I discovered jazz in a rather indirect way. Eddie was always going on about this cat from England, Alan Holdsworth. If Ed thought he was the business then I had better check him out. Oh the days when you’re young and impressionable. But remember, EVH was the man! I think there is still a little bit of both Allan & Eddie’s influence in my playing. Especially on my song Night Drive.

It brings a tear to my eye thinking of this. One day, my Mother, bless her heart, went out and ordered some Alan Holdsworth cassette tapes to surprise me. (Yeah, cassette tapes. Remember those?) I’ll never forget the beauty in that gesture for me for as long as I live.

It was my Mother, who, out of love, brought these 2 cassettes home and set me on the path to really take music seriously. And I love her dearly for it!

As I listened to these tapes, my jaw hit the floor. “Oh… my… what IS this?” I didn’t know music could be so fiery, intricate, advanced, and beautiful at the same time. I couldn’t even fathom what I was hearing.

To say the least I was moved! I needed to know what this music was. It was like it came from another planet. I HAD TO KNOW WHAT ALAN AND HIS BAND WERE DOING! Thank you for that, Mom!

So I enlisted myself in college and learned from many great teachers and students as well. I GOT HOOKED ON JAZZ. I always improvised anyway, so I felt at home. You could carry on a music conversation without words.

And I practiced, and I practiced. And then when I got done practicing I would practice some more. And it hasn’t stopped. I try to learn something new everyday.

So there you have it. Even though my Mother and Eddie Van Halen never met, it was Eddie Van Halen and my Mom that came together in a sort of life changing way that caused me to become serious about music and interested in Jazz making Jazz my mission in life.

Thanks Mom, and Eddie!

It really comes down to you now, the listener. I love performing for you and sharing my music with you.

I look forward to getting to know you  better and thrilled that you are joining me on that journey: sad time, hard times, even the fun times.

If you’d like to hear the most recent culmination of my journey so far, click here to listen to my most recent album, ‘Out of the Blue’.

Thanks for being there, listening, and making it worthwhile for me to keep creating music! 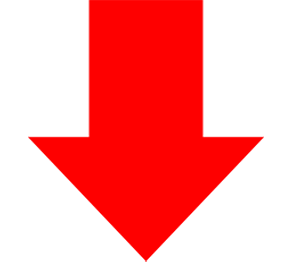